1-513-874-7326
The global supply chain in 2023: what to watch out for  What are rare earth magnets and their applications? TyTek Industries explains…  3 things to think about as a small business when you’re looking to scale up  Rare Earth Magnets are in high demand and Biden decides against restricting imports  What current challenges could affect the global supply chain moving forwards?  There is light amongst the darkness as Manufacturers are staying positive during the post-pandemic crisis  UK logistics giant, EV cargo says that shipping challenges will last for years to come  Are you making the most of innovation as a manufacturing business?  We’re over half way through 2022, what’s the current state of the global supply chain?  Looking at starting your business plan? Here’s 3 tips to follow as a new entrepreneur
Home > News > Finding the Right Formula for the Future of Magnetics

Finding the Right Formula for the Future of Magnetics

With supply and demand driving economics higher and rare earth commodities becoming increasingly difficult to extract, the magnetics industry is facing a challenge. We’ve assessed the latest thinking to bring you our very own Three Rs – Recycling, Rare-Earth Elements and Reserves…" 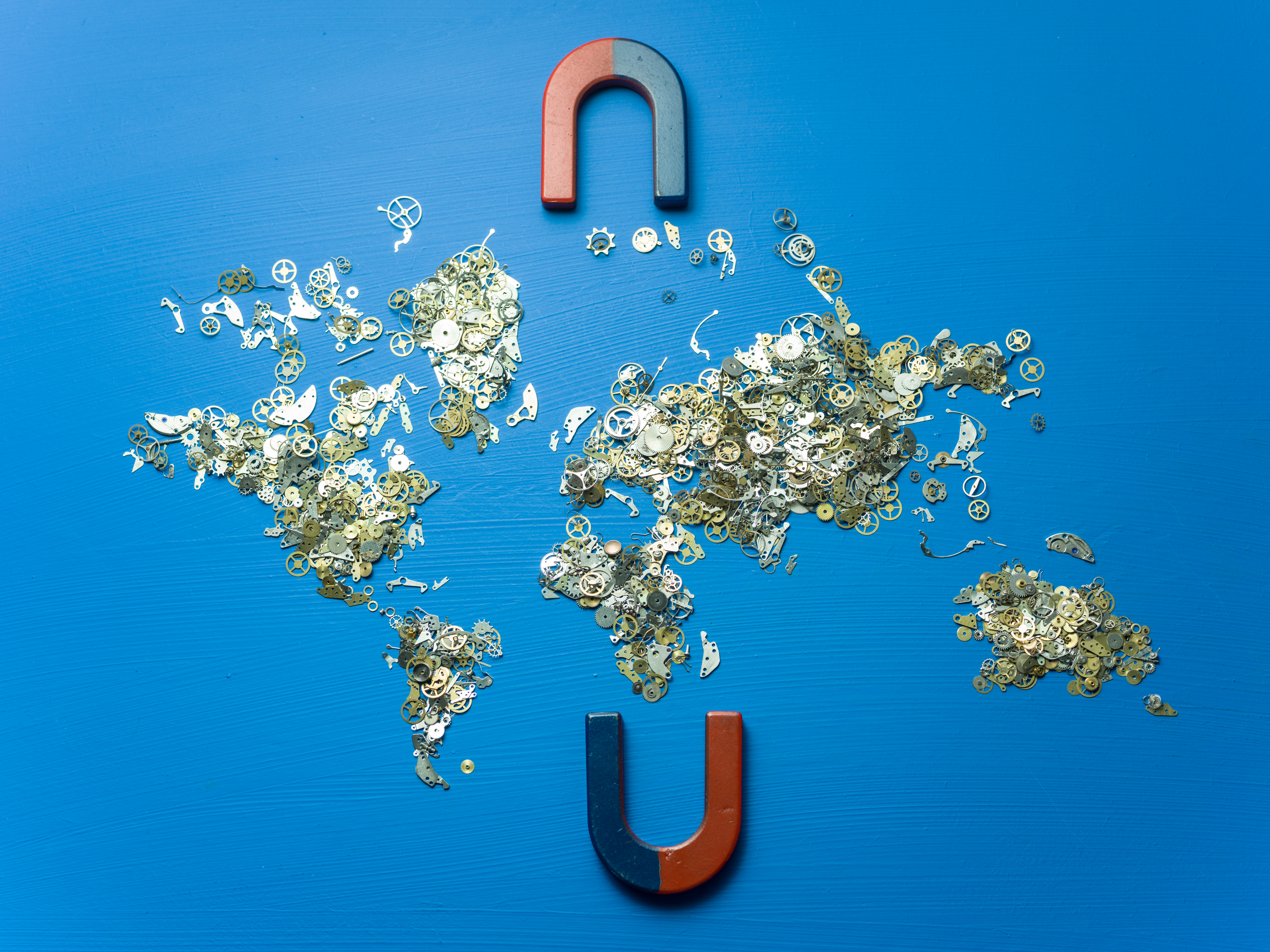 The capacity to recycle rare earth magnets will help reduce the reliance on unpredictable global supplies whilst reducing the environmental impact. This will be increasingly important as the economy uses increased quantities of magnetics in the renewable energy sector and ultra-low emission motors.

We know that there are initiatives in universities on both sides of the Atlantic that turn hard disk drive (HDD) magnets into new magnetic material in just a few steps. This is a relatively rich source of scrap given the sheer volume of electronics that are discarded from our everyday lives.

Once the scrapped HDD magnets are collected, any protective coatings are removed. The magnets are crushed into powder and then deposited on a substrate using plasma spray to synthesize coatings ½ to 1mm thick. The properties of the end product are customizable depending on processing controls.

While the new magnetic material cannot retain the exceptional magnetic properties of the original, it potentially offers a viable choice where the performance of high-strength rare-earth magnets are not required, but lower performance magnets like ferrites are not sufficient.
This is also an efficient way to produce strong magnets for areas of real estate restricted by size, like sleek hand-held electronics.

Rare-earth elements are a group of 17 chemically similar elements. Each has unique properties, making them important components for a range of technologies from low-energy lighting and catalytic converters to the magnets used in wind turbines, EVs and computer hard-drives.

Neodymium and praseodymium, known together as NdPr used in the magnets of electric motors, have made the news recently due to rising demand and prices.

Rare-earth elements such as neodymium are relatively abundant in the Earth’s crust, but difficult to find in concentrations that make them economic to mine. Extraction, which requires separating multiple different metals from a single deposit, is difficult and expensive.

Around 130kt of rare-earth oxide were produced in 2017. Reserves sat at 120,000kt, or 923 years of current supply. Concerns over the supply of REEs tend to relate more to the concentration of production in China, rather than actual scarcity. However, resources are thought to be widespread, including in Europe, where most REEs were first discovered.

China holds around 44,000kt of rare earth reserves, around a third of the currently known reserves. It also dominates in the processing and supply chains of REEs. This has led some researchers to urge policymakers outside China to diversify their supply using new mining, which could take decades.

The only current major REE producer outside of China, Lynas, operates its Mount Weld mine in Australia. Brazil, Vietnam and Russia all have significant reserves.

The US, which has produced no REEs since its only mine filed for bankruptcy in 2015, has comparatively small reserves of 1,400kt. This is still equal to over 10 years of current worldwide production,

Other countries could catch up with China. Researchers concluded that vast REE deposits discovered in 2013 off the coast of Japan could meet global demand of some elements on a “semi-infinite” basis.

A new set of countries will find their natural resources increasingly in demand, with all the pros and cons which accompany this demand.